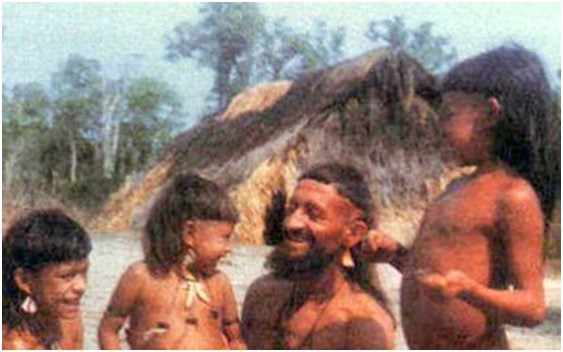 Deeds, not words. That’s the little motto I sometimes call to mind when I’m struggling for inspiration to write, or when I’m trying to remind myself of what matters most. It’s a prompt to remember that life is for the living, and that getting on with things in the world is what, before anything else, gives life its shape and meaning.

The phrase came to mind more than once today, and for quite distinct reasons, as I read through pieces of writing that jumped up at me from various locations on Twitter: from this moving piece on the life of the unheralded Jesuit priest, Vicente Canas; from this superb piece on the controversy surrounding the scholar and Soviet informer Anthony Blunt; and from this beautifully written blogpost on being diagnosed with autism as an adult.

In each case, the writing points to truths about how to live in the world.

With Canas, a rich picture is evoked of a priest who lived in poverty while embracing the culture of an Amazonian tribe. For defending the land rights of the tribe, he ended up dying a martyr. ‘In the eyes of the world’, says the article, ‘he lived an ‘insignificant life’ and he died unnoticed’. Not quite unnoticed, of course – and it’s an honour to pay Canas some notice on this blog.

With Anthony Blunt, a controversy ensued when it emerged publicly in 1980 that he had betrayed his country to the Soviets, acting as an informer. In particular, should his fellowship of the British academy be revoked? Amidst the controversy, the late church historian Owen Chadwick emerges as something of a hero. Chadwick is someone only really known to me through the brilliant books of his that I’ve read: The Secularisation of the European Mind in the 19th century, Newman, From Bossuet to Newman and Hensley Henson. As a historian, the article fairly characterises him as one who ‘wrote like an angel, and still repays reading for his grace of mind, his delicate judgement, his rich historic instincts, his bleakness about earthly motives and his countervailing generosity of spirit’.

Having already known Chadwick the historian, I could now meet Chadwick the man – practical, wise, humane: ‘He believed both in the reality of repentance and the duty of forgiveness, and that both were fundamental to human decency and self-respect’. Putting his principles into action, Chadwick won the day.

Finally, in Cora Beth Knowles’ reflections on her discovery that she is autistic, I found a deep honesty and humanity: her post confronts in an understated way the nature of the process of diagnosis, and the awkwardnesses and uncertainties surrounding it. She links her desire to be tested, movingly, to a desire to connect with her son, and she reflects – again movingly – on her life and character. The post, for me, is an object lesson in how a deed – here, taking the plunge and doing a test – can invigorate and enrich, while serving also as inspiration to others.

In case all this seems a bit far-removed from my usual posts about the ancient world, there might just be a connection of relevance to point to: an interview I did last week, for Cora Beth’s website (as luck would have it), about an ancient text I sometimes turn to when in need of cheering up: Minucius Felix’s Octavius. The interview can be viewed here.

The Octavius might not seem an obvious text to turn to when in need of cheer: it describes a religious argument between a Christian (Octavius) and a worshipper of the polytheistic deities whom he tries (successfully) to convert. Not exactly bucolic poetry, then. And certainly not a text (I would think) that could enthral devout postmodern secularity.

Then, too, there’s the fact that one might read the Octavius simply as an exercise in persuasion, as a text which confidently, if urbanely, tries to show educated Roman readers how Christianity can become a good and thinking person’s best option as a religious philosophy; though certainly the debate between the speakers can be seen as one which begs as many questions as it answers.

And yet – there are beautifully observed features of the text (as I say in the interview) that capture the imagination and enable the reader really to enter the scene.

So, for example, the children of Octavius are described as being now at an age where they speak innocently and endearingly in half-formed words.

And, as the debaters walk along the beach, they enjoy feeling a gentle breeze blow against their bodies and sense the sand sinking away beneath their feet. And then they see a gathering of small boys skimming stones across the sea water, competing to skim their own stone the furthest. 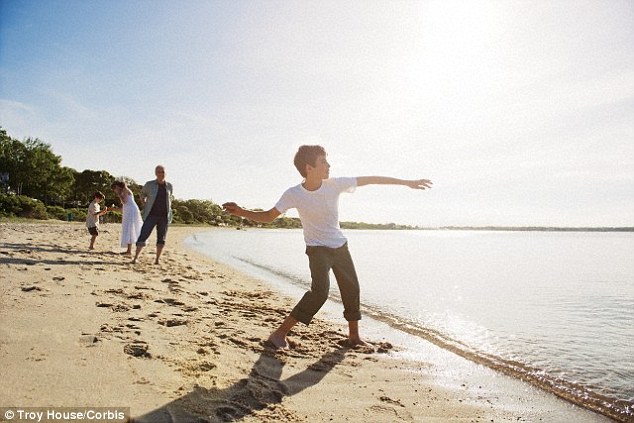 If there is a winning dimension to this text, it is – for me – in these details, and in the charitable tone its author manages to convey.

And so here again, perhaps, is an illustration of how the ‘deeds, not words’ formula can apply. Since it’s in the context of descriptions of human beings being human in uncomplicated, quotidian ways (toddlers speaking jumbled words, men feeling the elements, boys skimming stones) – their actions in other words – that the text really comes to life and leaves an impression.